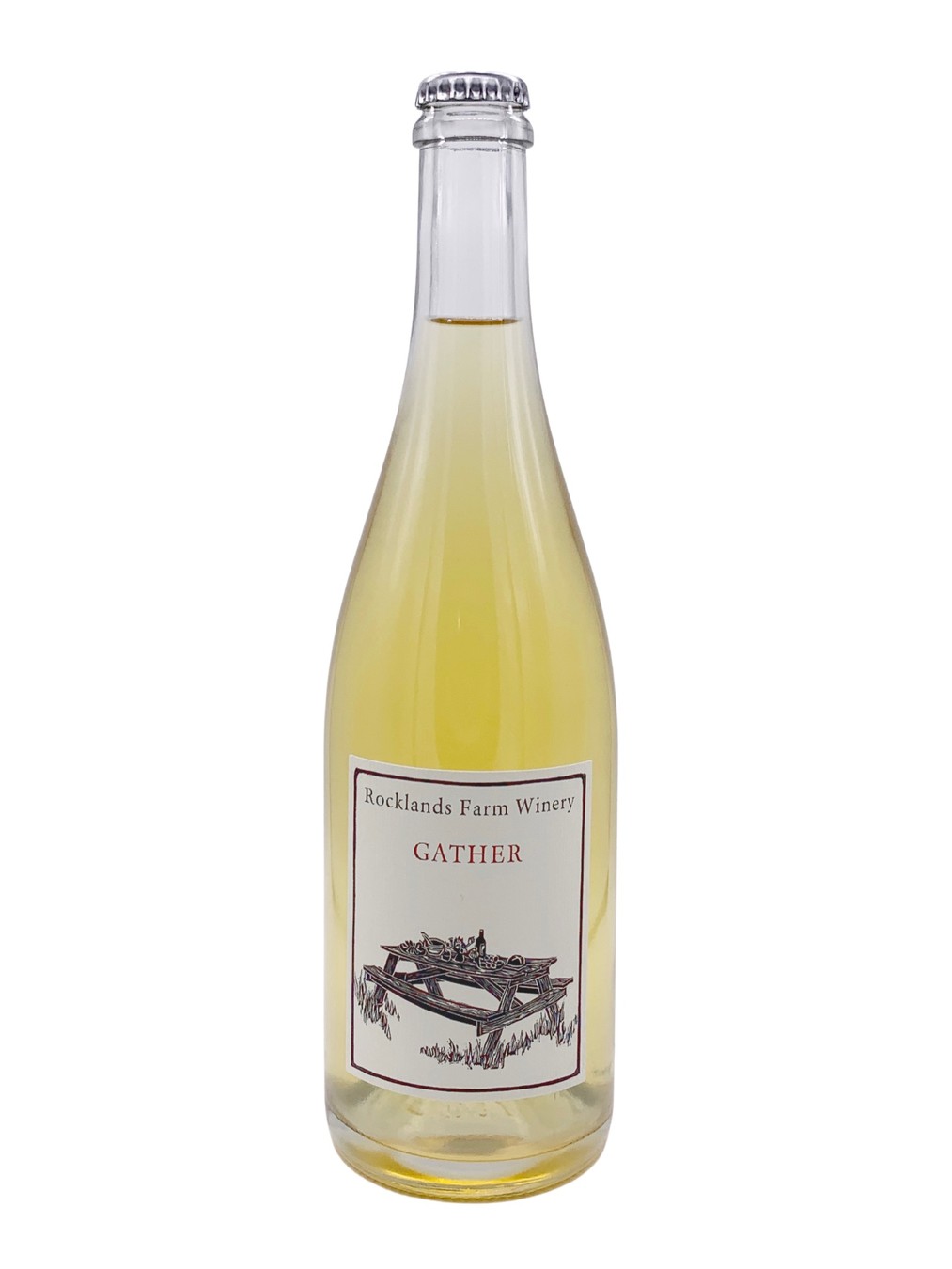 The Chardonel, Gruner Veltliner, and Albarino were harvested between September 6-8. The grapes were placed into the cold room and destemmed the following day. After all the grapes had been destemmed on September 9, they were left alone in the tank to begin fermentation. A natural fermentation began and a week later the grapes were pressed to tank and then barreled down the following day. This means that the wine was on its skins for about ¼ of the total fermentation.

During its time in barrel the wine was untouched besides being periodically topped up. Nothing was added to this wine, and no other processes were conducted on it.

The first thing to note is that the 2020 Gather is a very low alcohol wine, coming in at under 8% alcohol. This is due to the grapes being harvested early so as to preserve acidity and the effect of the spring frost on ripening. The low alcohol is noteworthy as it helps understand many of the other characteristics of the wine.

On the nose the wine is not overly aromatic, with notes of citrus and cut apple. There is also a perceivable amount of funk, somewhat similar to a kombucha. This is on purpose, as the wine is meant to be out of the box of what we’ve grown accustomed to in white wines.

The palate matches the nose, in that there are citrus fruits as well as apple. There is also an element of honey that comes from the time in barrel and this wine's exposure to low amounts of oxygen during the winemaking process. As stated above, the wine is low in alcohol and thus light in body. This lightness makes it easy drinking and playful, and thus should be enjoyed accordingly.