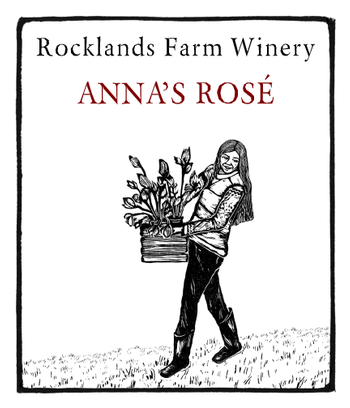 The grapes were cooled overnight and the following morning they were destemmed and crushed and then placed back in the walk in fridge. This time in contact with the grape skins allows the juice to pick up its pink color and future aromatic compounds. After 24 hours the grapes were pressed to tank and the resulting juice was left to cool down to 35 F.

The 2020 Anna’s Rose is visually clear and bright, with a light pink color.

This wine is loaded with fresh,  fruity aromatics. With its low alcohol, the rose is light bodied and easy drinking. It's lively acidity pairs well with the aromatics, making an overall edgy wine with ripe fruit flavors.

The 2020 Anna’s Rose is meant to be drunk young. It’s fresh aromatics will be most noticeable during its first year. It should be drunk within 3 years.