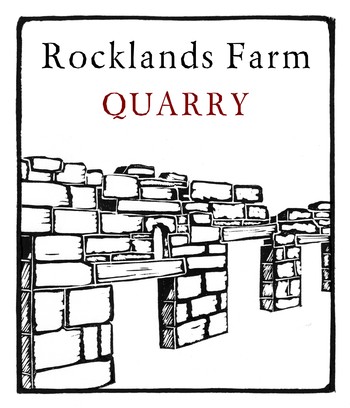 This is our go at a 100% barrel fermented chardonnay. While the wine is fermented it barrel, it is not meant to be overly oaky. Rather the hope is that the primary fruit flavours play a larger role in making up the aromatics of the wine.

The chardonnay was harvested on September 1, 2019. It was whole cluster pressed the following day. The juice settled in tank for two days and then was barreled down. The juice underwent fermentation in neutral oak barrels. After fermentation the wine was kept in its fermentation barrel, where it remained untouched besides being topped up once a month due to loss from evaporated wine.

The wine was racked to tank in late May the following year. It was then bottled on June 17th. It was bottled unfiltered.

Visually the Quarry is clear with some slight sediment due to it being unfiltered.

On the palate the wine is round with a slightly creamy mouthfeel. The lack of any sharp acidity allows the wine to rest softly in one’s mouth. The barrel aging  and malolactic fermentation are apparent not so much in aroma, but rather in the mouthfeel of the wine.  This wine can be drunk now or aged for up to 5 years.